Canada, HK warm up with UK matches; Kenya forced to cancel theirs.

In this week’s World Cup rugby roundup, the cash-strapped Kenya Rugby Union have been forced to call off three matches organised as a build-up for the Simbas as they prepare for the RWC repechage series next week.

According to reports relating to Kenya rugby news, Kenya Rugby Union CEO Sylvia Kamau confirmed last week matches against Namibia, British Army and South Africa’s Loftus 2000 were cancelled as the union are struggling to meet the 30 million Kenyan shilling (US$295,000) budget for the team’s preparations. 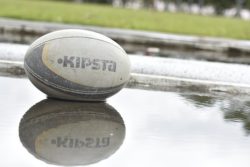 That leaves Kenya with just one warm-up match, against Romania A in Bucharest on Friday, November 2, before they take on Canada in their first repechage match in Marseilles on November 11.

The Canadian rugby team, who have played in every previous Rugby World Cup, flew into England on Sunday and played Oxford on Wednesday, winning 26-20 with a team missing several first-choice players. They will field their best side against Coventry on Tuesday, November 5, in their final warm-up match.

Fellow repechage contestants Hong Kong, meanwhile, lost 24-28 to Welsh side the Newport Dragons in their warm-up game on October 29. Hong Kong will take on Welsh invitational side Crawshays on Saturday, November 2, to wrap up their preparations.

The fourth rugby union team in the play-off are Germany, who are coached by Mike Ford, who is a former coach of Bath and Toulon and defence coach of England at the 2007 RWC, and the father of England flyhalf George.

The Germans are the lowest ranked of the repechage teams, at 29th, just below Kenya (28), with Canada (23) and Hong Kong (21) the two favoured sides.

In case you missed it … other news on World Cup rugby 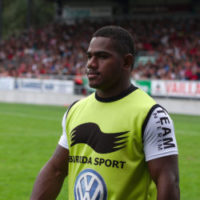 Interestingly, as a sign of how far Manu Samoa have fallen down the global standings, besides their official ranking of 16th, is the fact that, unlike past years, they play only second-tier nations on their tour, facing USA, Georgia and Spain on successive Saturdays.

The standing of their neighbourhood rivals Fiji, on the other hand, has never seemed higher.

The Fijians will play two Six Nations teams on their tour, kicking off with a match against ever-improving Scotland on November 10 and finishing off against France in Paris on November 24. In between, they play Uruguay in Hartpury, England, in a dress rehearsal for their match in almost a year’s time, when they meet again for a RWC 2019 pool D match at Kamaishi Recovery Memorial Stadium in Japan.

And in other news…

Mike Brown has been dropped by England coach Eddie Jones for the first time since he took over after the 2015 RWC. The fullback/winger was left out of the 25-man squad preparing for this weekend’s match against South Africa at Twickenham.

And in case you have missed our previous articles on world cup rugby, have a read through these: